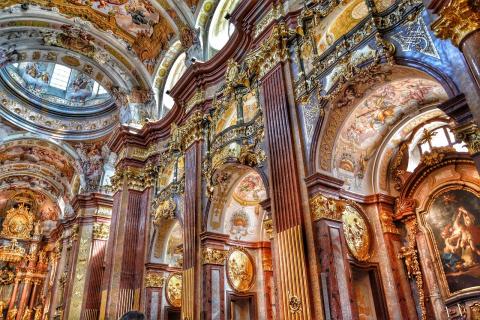 For me, the music of the Baroque era is one of the few things in life that make it worth living. The period from about 1650 to 1750 was when some of the most exquisite creations of human genius were crafted. I have enjoyed listening to Baroque music since I was a teenager.

The Baroque period was not limited to musical expression; it encompassed art and architecture also. The Baroque style is typified by ornate detail. It originated in the efforts of the Catholic Church to counter the Reformation and fight the growth of the Protestant church.

The great German-English composer, George Frederick Handel, was one of the masters of the art. His output was prodigious and I have never heard anything by Handel that I did not like. For me, the pinnacle of his achievements was the aria, Lascia ch'io pianga, from his opera, Rinaldo. Search for it in Youtube and listen to the version from the movie, Farinelli. If you are not spellbound, you surely have no soul.

Another towering colossus of the Baroque was Georg Philipp Telemann. Although less well-known than Handel and others, Telemann was one of the most prolific and versatile musical composers who has ever lived. I have made the beginning of one of his pieces into a ring tone for my phone. Each time someone calls me, even if it is a scam artist, I mentally thank them for playing something I love to hear.

The greatest composer of all time lived from 1685 to 1750. Johann Sebastian Bach is, deservedly, the best known of the Baroque musicians. His works are timeless. They stand as a great monument to the power and brilliance of the human mind.

Why don't you too listen to some Baroque music? If you like it only half as much as I do, you will wonder why you took so long to discover it!