Looking for the Missing Glasses 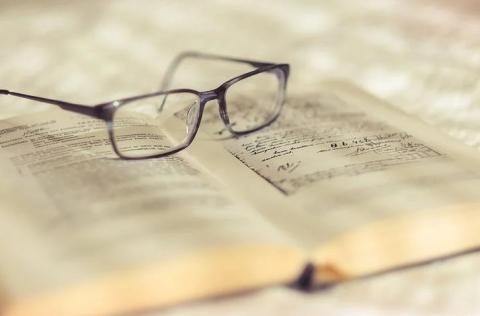 My wife lost her glasses. They were missing for over 3 weeks. Each of the four of us in this home tried looking for them several times over – we just could not find them.

Then I tried something different. Instead of telling the universe, “Oh my, the glasses are missing.” I said out loud, “Thank you for showing me the glasses.” I hopped into the future with the end result being the glasses were in my hand, and being thankful for that too.

I kept saying this, “Thank you for showing me the glasses.” Something quickly drew me to the car, which each of us had intensively searched about 3 times. I opened the passenger side, and there, right at the foot of the seat where the glasses as plain as day staring back at me. How could anyone have missed them?

Surprisingly, a few days later, my wife lost the glasses again. At first, everyone looked and looked. Then I started repeating out loud, “Thank you for showing me the glasses.” I was immediately drawn to her pocketbook. It was rather dark where it lay, so I felt for her glasses in the pocketbook and found them. They were hidden in a zipped part of the purse, hidden away from view.

So, next time you are missing your glasses, keys, or are just looking for something that was never missing but you want to find in a store, you may want to say, “Thank you for showing me the glasses.”

Permalink Submitted by richard on Thu, 08/13/2020 - 17:17
Some (psychologists?) would say that losing one's glasses twice in a row might be due to an unconscious desire to lose them. Does she dislike wearing glasses? Depending on the condition that her glasses address, it might be time to consider contact lenses. (I know I am not responding to the real point of the GEM!)