Let There Be Some Mystery 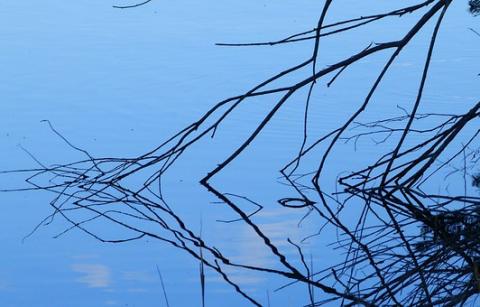 I really enjoy the sense of mystery.

Perhaps it’s the urge to look behind the veil – you know, to understand the essence of what we perceive with our senses – to use the sixth sense, intuition.

A similar thing about mystery had happened in mathematics about 100 years ago. Two mathematicians Bertrand Russell and Alfred Whitehead proposed a way to formalize all of mathematics, so you could prove if something was true or not, mechanically. However, Kurt Godel soon thereafter showed that some things were true even though they were not provable. This was called the Incompleteness Theorem. Thus, there was a mystery to logical systems, where some things are true, some are false, and some are actually undecidable.

I revel in the mystery. Can my mind, my thought, my consciousness actually alter physics? Why is there a placebo effect at all, if I do not have such power? Can we make the placebo effect even stronger, at least for some people?

The Japanese have a word “ma” that means roughly “being conscious of what is in between or around” – sort of, what you are not noticing, but is really there, like the empty space around a flower arrangement, or a pause in speaking. I like this idea a lot. They account for it in business and daily life.

Let me sense beyond my senses.

Why does light behave as a particle if you look at it, and behave like a wave if you don’t? It knows I am looking at it.

I love to live in the mystery.

I look for the unseen as I canvas the outdoors , and I not only use eyes & ears but my other sences as well >>,perhaps a slug under a leaf moving it unnoticeably or an ant crawling on the far side of a tree branch unseen yet not unheard, or a little sparrow staring at me yet hes hidden from my view. Then there is the other unknown unseen unheard existence of dark enery or black matter, the space between space which comprises perhaps as much as 85% of everything. Your GEM sparks thoughts of perception, as well as perspective on particles verse wave or as I consider it: snapshot in time verse full video. Love your GEM. I want to make more. And I think they will move from the caption of calm and well being to quantum physics mindful awareness.